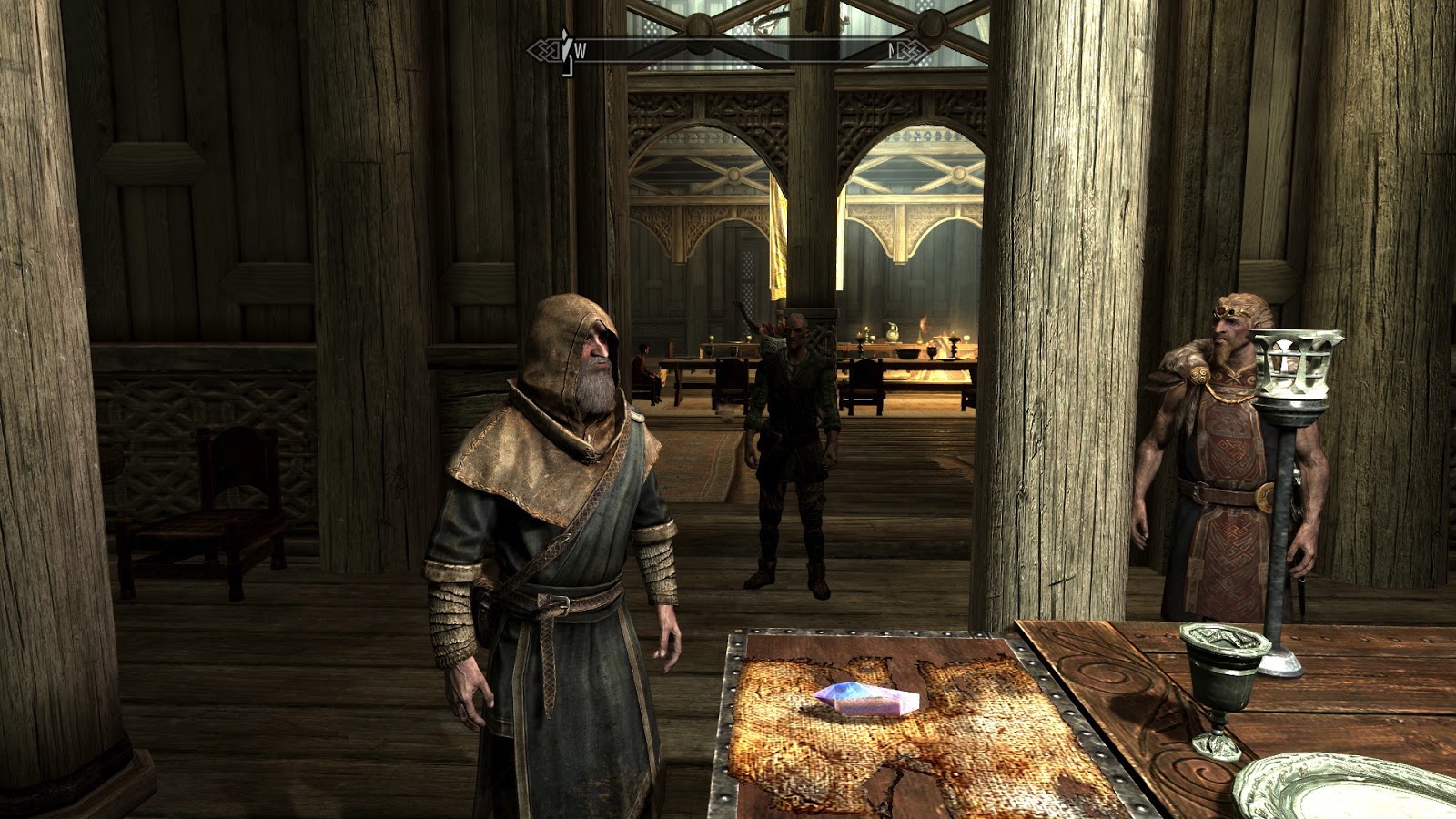 A resident named Faendal offered to escort me and a few of the other Helgen survivors to the city of Whiterun this morning after I helped him resolve an issue he had been having with the local braggart. Given the cut of some of the other companions, I doubt they truly needed an escort, but I've never been one to pass up an extra set of Bosmer eyes.

Once in Whiterun I offered to help out the court wizard, Farengar Secret-Fire, with the investigation into this dragon. However, after delivering alchemy ingredients all over town, I'm beginning to think that I might have been better off following Brodir and Ra'Keesh into that barrow or simply heading on to the College of Winterhold. Perhaps tomorrow will be more fruitful.