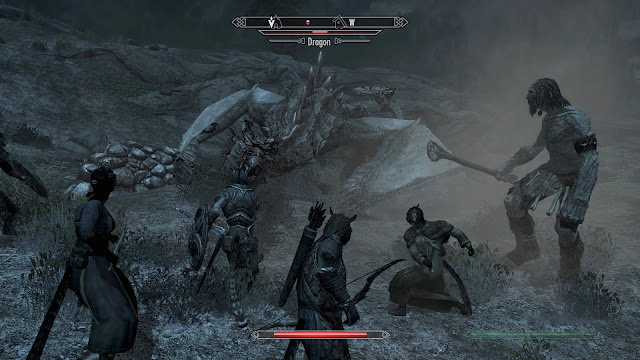 Fortune flaps her uncertain wings as this one killed another dragon today. It flew down just as Ra'Keesh was fleeing a bounty hunter near Kynesgrove and it was beginning to look as if the sand was up. Then, to this one's astonishment, a traveling band of kin came to Ra'Keesh's aid alongside a hulking giant! United against the common enemy the group stood together and slew the dreadful beast. Afterwards the leader of the caravan, Ahkari, offered the bones of the dragon to the giant as thanks, and the hulk went back off into the hills. Ahkari then suggested that Ra'Keesh join the group on the way to Riften as the roads clearly are not as safe as they once were. This one gladly accepted, as it will be a pleasure to be around others that do not clutch at the purse as soon as they catch a glimpse of the claw.