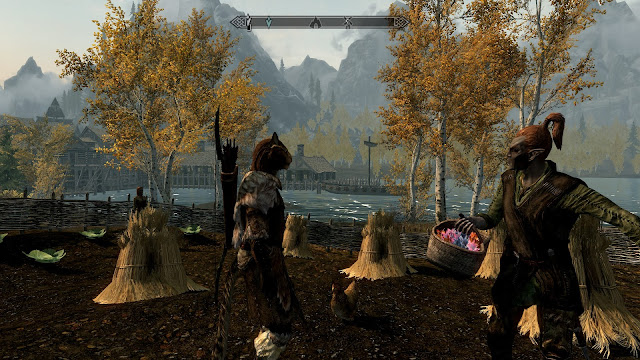 On the way to Riften the caravan passed by a small farm where a dark elf man quickly made it known that he did not want any business. Taking it for the standard anti-Khajiit sentiment that is so often received, the others continued on their way, but Ra'Keesh, hearing something about a family bow, stopped to see what his issue really was. Turns out, a group of thieves recently broke into Merryfair Farm and stole the most prized possession of the man, who calls himself Dravin. This one, of course, offered to lend a hand in recovering the weapon for Dravin as it is known there is nothing more difficult than losing one's bow. Disgusting thieves, they are the reason all Khajiiti are shunned and forced to sleep outside the city walls.