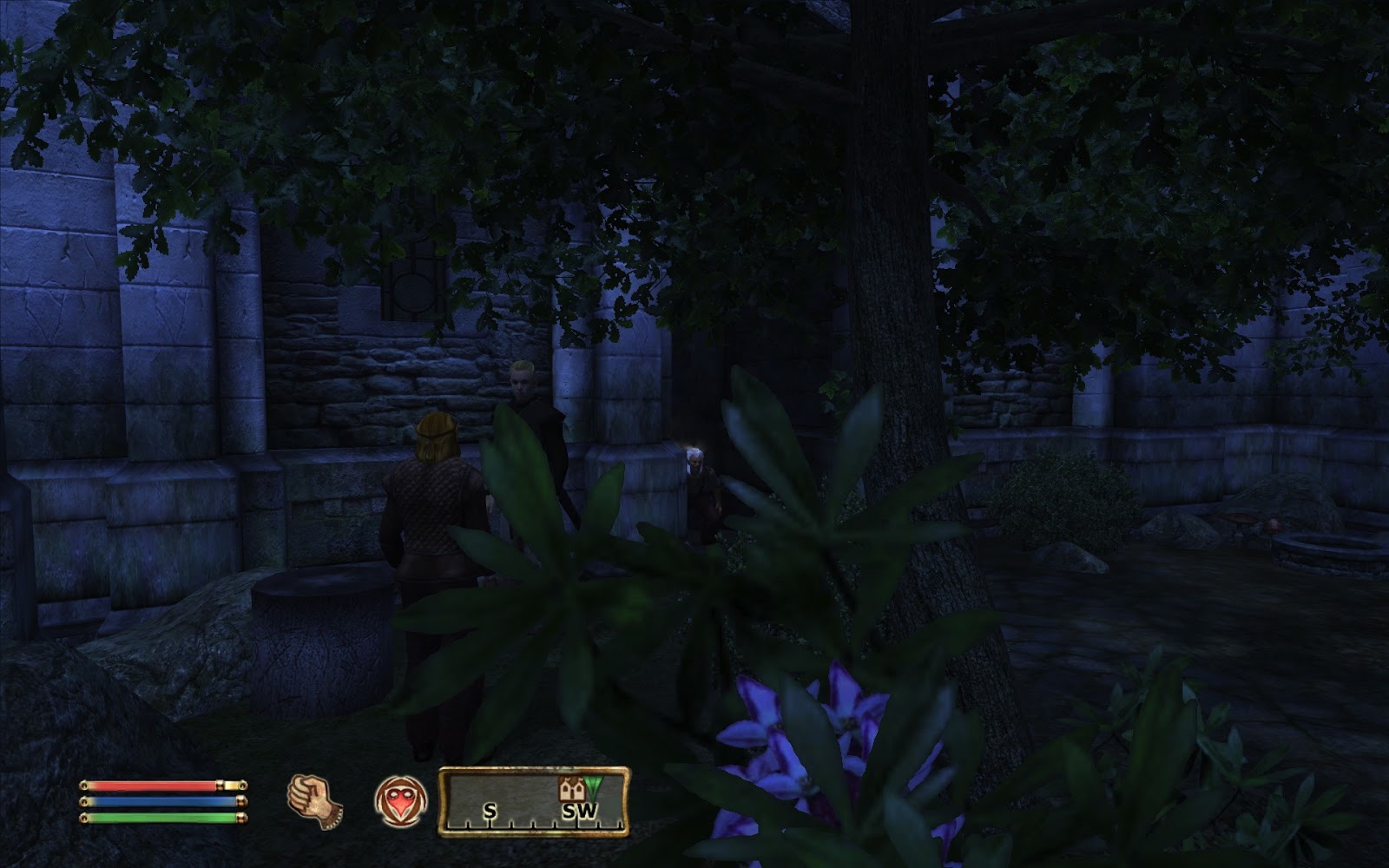 I took my recent winnings and spent a good chunk of my day shopping around the Market District. While I was picking up some alchemy components from one of the general goods stores, the owner thanked me for going to her shop instead of Thoronir's. According to her, he's on the verge of driving the other shops out of business. Not wanting to let a true fan down, I told her I would look into the issue. Although honestly his prices didn't seem particularly alluring to me, something about him definitely seemed off, so I went ahead and followed him after he closed for the night. Sure enough, he topped off a long midnight stroll by meeting up with a scoundrel named Agarmir. I think I know where to check next.